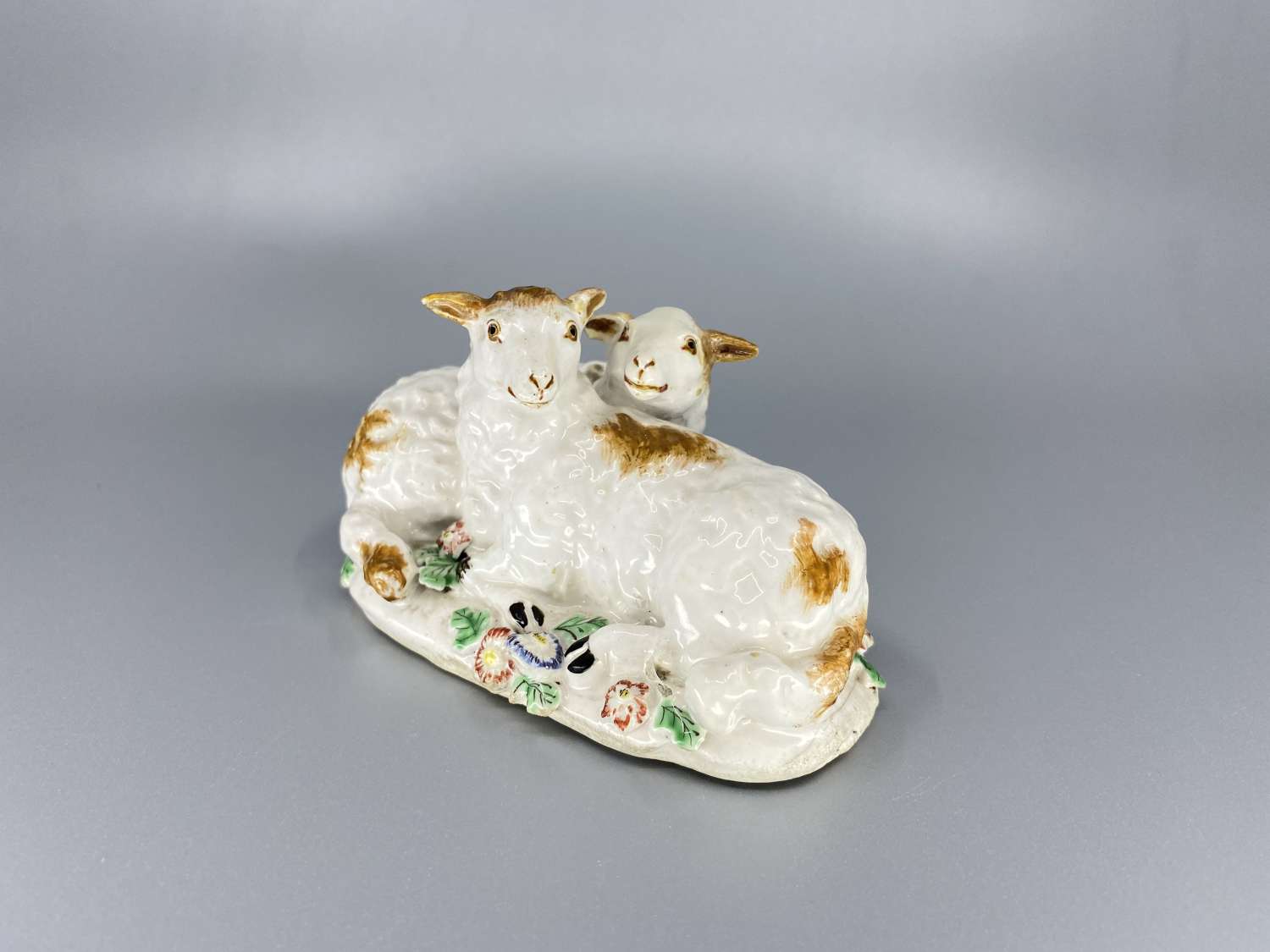 Chelsea porcelain produced during the Raised Anchor period (circa 1750–52) was the first to be made at the factory’s Lawrence Street site, where Nicholas Sprimont opened his works in 1749. These objects exhibit arguably the loveliest of all the Chelsea bodies and a glaze whitened with tin oxide, resulting in a porcelain that is rich, white, and smooth, reminiscent of whipped cream. This can be observed on the present piece.

The form was copied from Meissen, where a group of recumbent sheep was modeled by Kändler in May 1744. Similar porcelain sheep were made at Derby, also after the Meissen model, and at Longton Hall. Chelsea produced a similar group depicting a pair of kids, or young goats.

The Chelsea group of recumbent sheep is a rare form, with only four examples known. 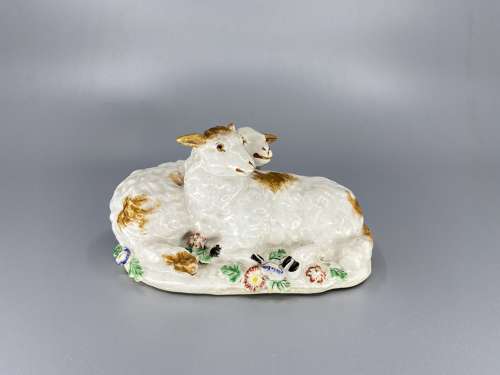 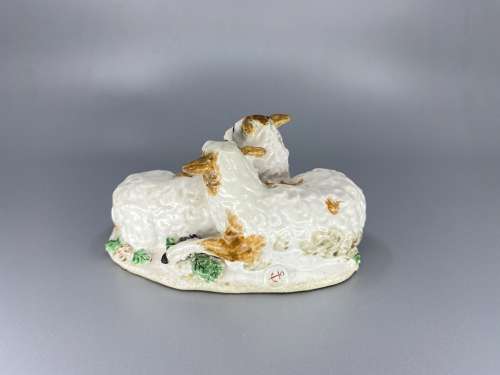