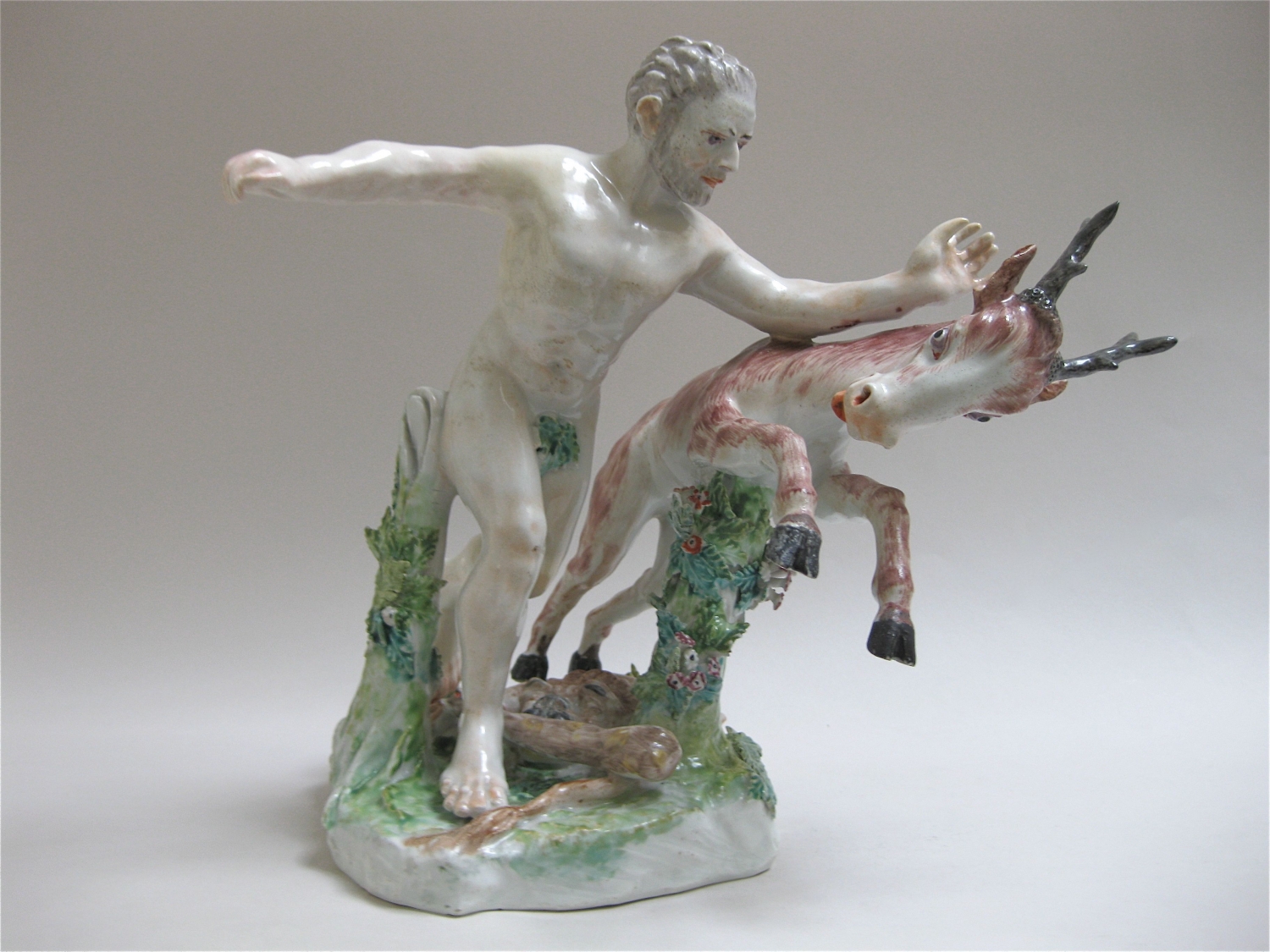 Hercules and the Ceryneian Stag

The figure, which appears to be unique, was based on an engraving by Bernard Picart (1663-1733) after an original by Louis Cheron.

The third labor of Hercules was to capture the Keryneian Hind, a deer belonging to Artemis, which had golden antlers and hooves of bronze. 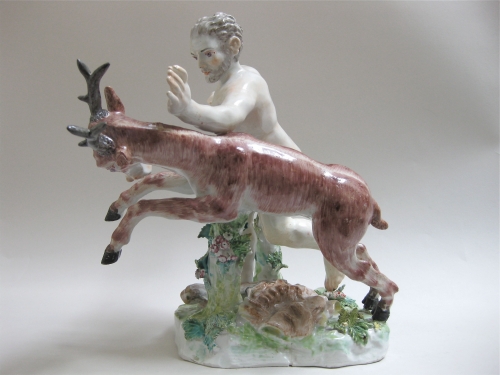 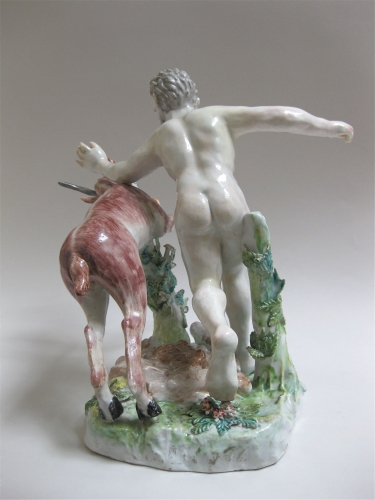 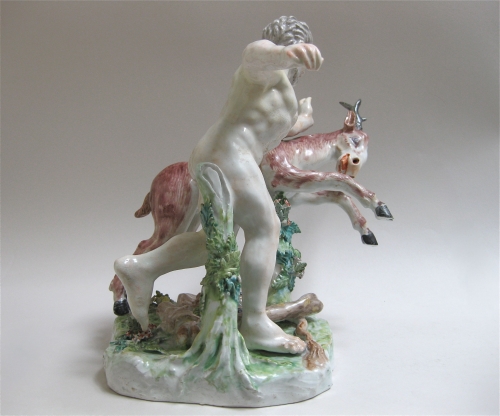 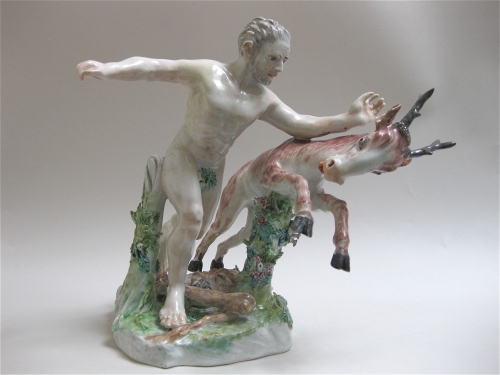