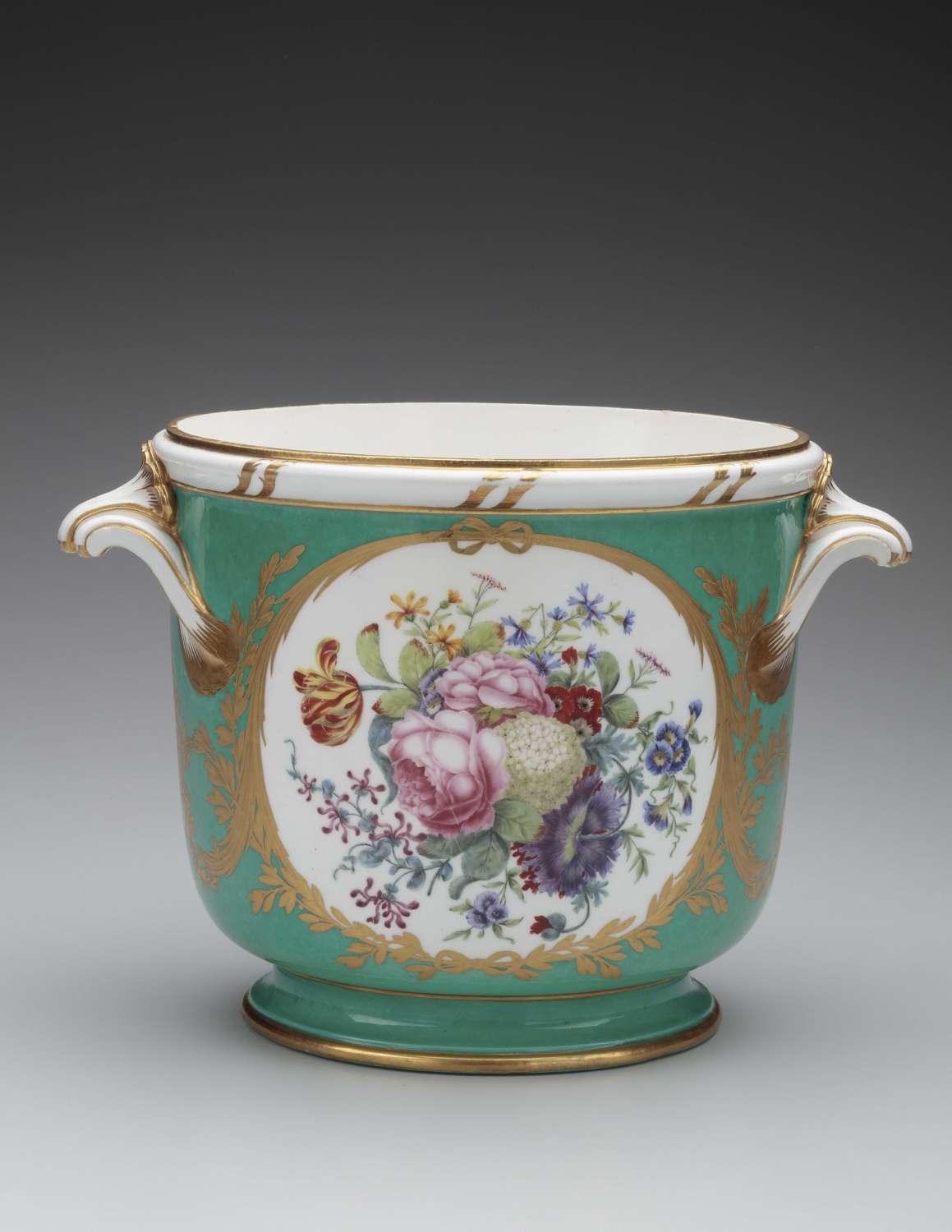 From the Emperor Joseph II Service

Emperor Joseph II had planned to travel to France in 1774 to visit the Dauphin and the Dauphine, his sister Marie-Antoinette and her husband Louis XVI, to give them some marital advice, as their four-year marriage had not yet been consummated. However, the death of Louis XV in May of that year interrupted those plans and he did not come until May 1777, when he made the journey under the name Count of Falkenstein and stayed at the Château de Versailles.

At the time of his visit, Louis XVI presented Joseph II with an extensive Sèvres dinner and dessert service with a green ground, fruit and flowers in the reserves, and rich gilding of palm fronds, flower garlands and ribbons. Added to the gift were further hard-paste tureens with raised gilt decoration of wheat sheaves, and flower decoration on a white ground, as well as tea wares, and table decorations in the form of biscuit groups, vases and pedestals, for a total value of 43,560 livres.

The service included six bottle coolers (seaux à bouteille), of the largest size made at the Sèvres factory, at a price of 216 livres each. 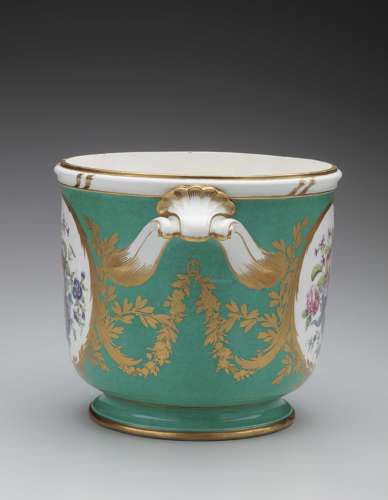