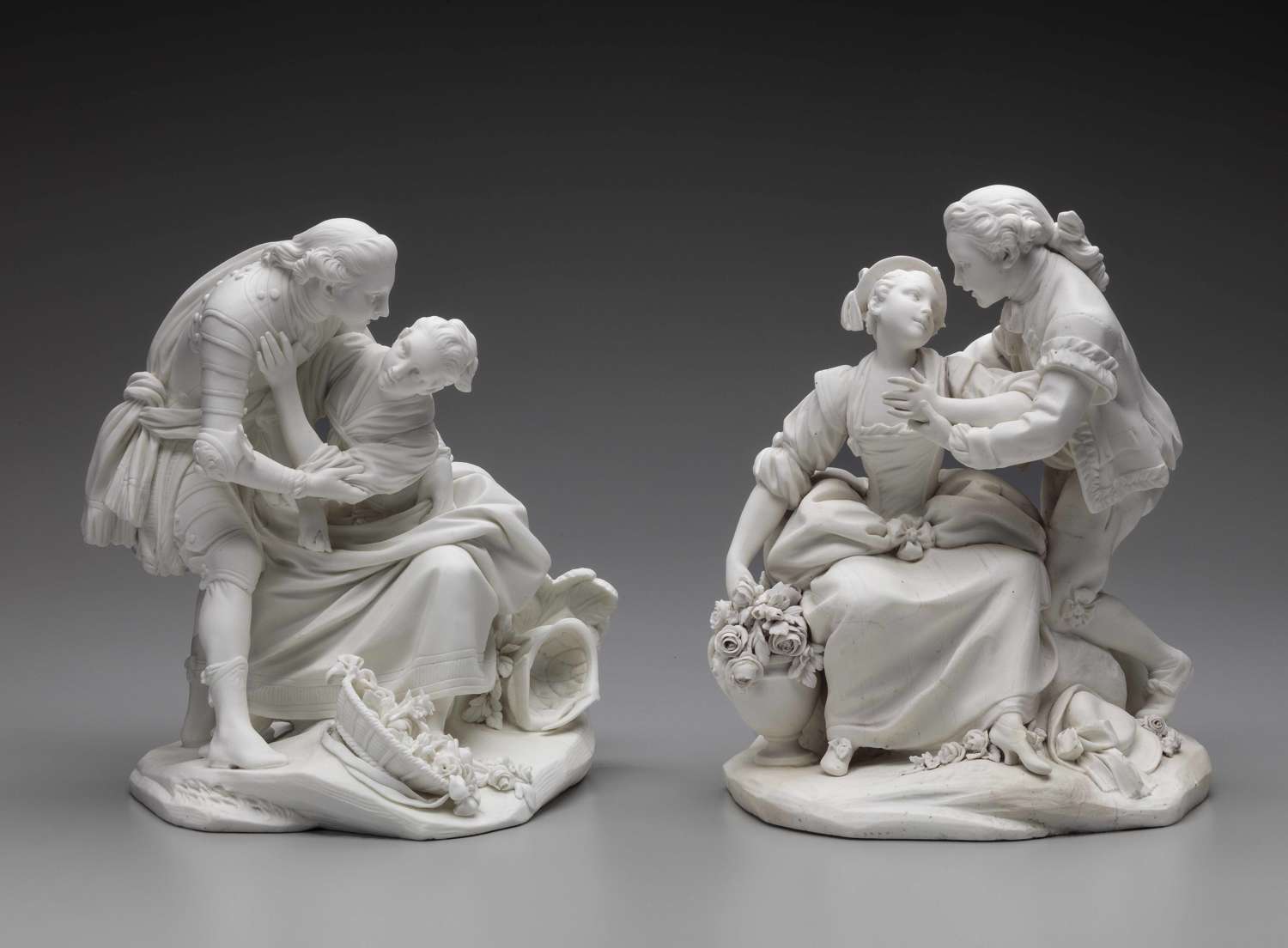 Marks: incised B for Jean-Jacques Bachelier to the base of both

La Lée Urgèle was the name of a comic opera, the libretto of which was written by Charles-Simon Favart (1710–92). It is based on Chaucer’s The Wife of Bath’s Tale and Voltaire’s Ce qui plait aux dames. The story is this: Marton, a young girl, has designs on marriage with Chevalier Robert. When they meet, she has a basket of flowers on her arm and he offers her “vingt écus” for the flowers and a kiss. Just as he takes his kiss, his horse and baggage are stolen, and he runs off to try to catch the thief—without paying Marton. Feeling that she has been robbed, Marton condemns Robert to death at the court of Queen Bertha, unless he can answer the question “ce qui plait aux dames”. An old woman tells Robert that she will promise to reveal to him the answer to the question as they walk together to the court of Queen Bertha. After providing the answer to guarantee his freedom, the old woman insists on marriage from Robert as her payment. He reluctantly agrees but admits to the old woman that he is in love with Marton. The old woman pretends to die of unrequired love, at which point Robert begs her to live. At that moment, the old woman’s rundown house transforms into a magnificent castle and she into a beautiful woman bearing a marked resemblance to Marton—for she was, in fact, la fée Urgèle.

The biscuit group depicts the moment at which Robert first kisses Marton. The opera La Fée Urgèle was first performed for the court at Fontainebleau on October 26, 1765, and was performed many times there as well as at Marly.

La Fête au Château depicts a scene from a play of the same name, which is attributed to the playwright Favart but was possibly written by his wife, Justine. First performed at the Villa de Bagatelle, the play was commissioned by Madame de Mauconseil to celebrate the convalescence of her daughter. Though hastily produced, it became immensely popular and was performed four times at Versailles and once at the Trianon. The scene depicted in the biscuit captures the moment at which the gardener Jacquot is reunited with his lover, Colette. 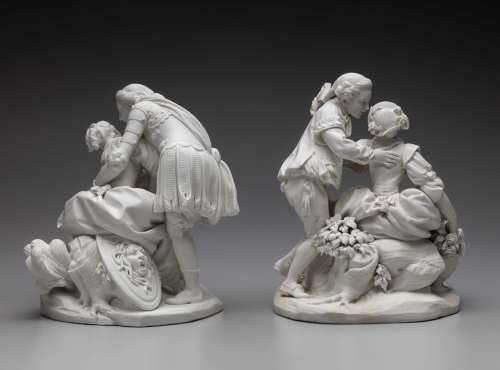