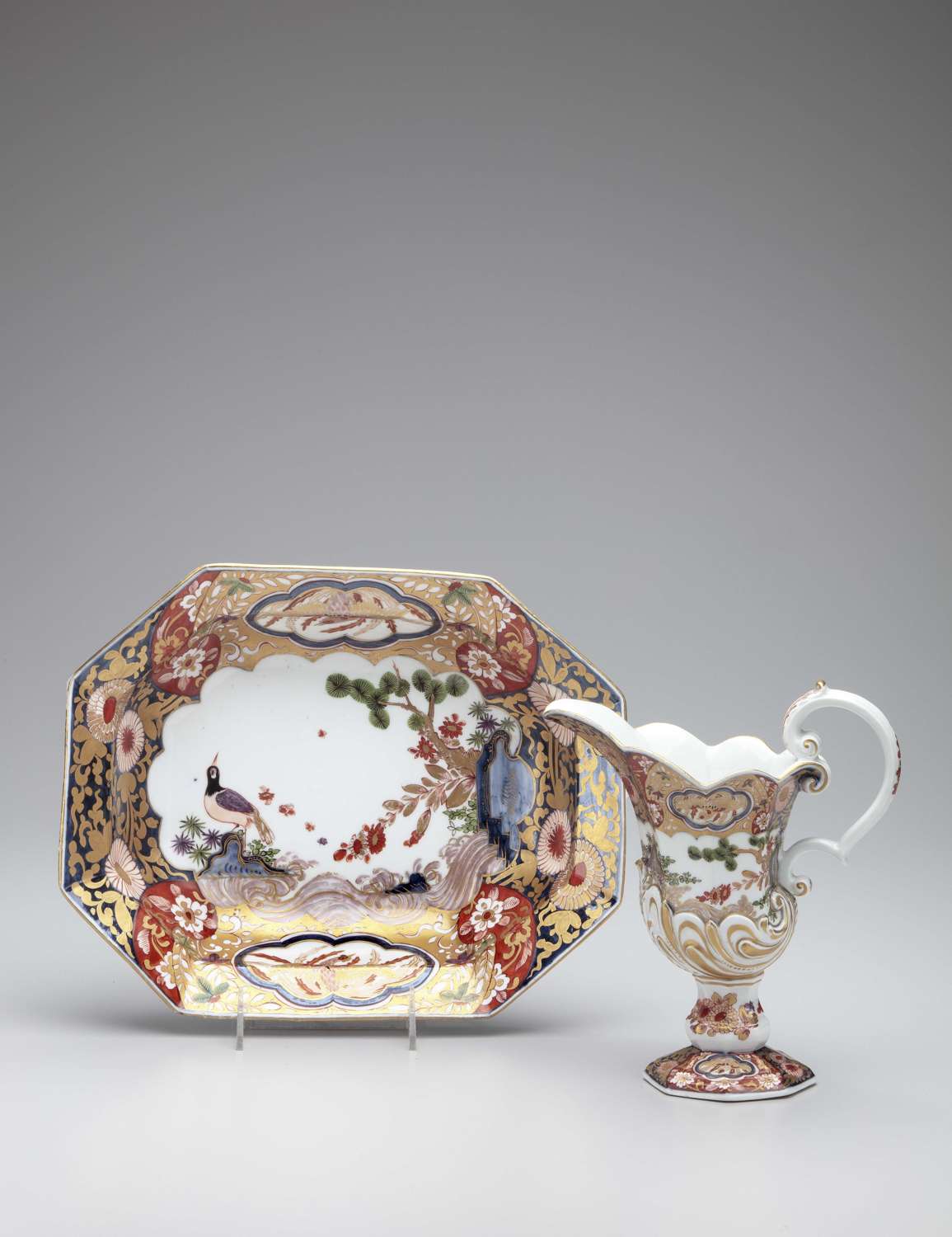 The Imari style decoration of this ewer and basin was faithfully copied from a Japanese design. The pattern was most often applied to plates. According to Julia Weber, items produced by Meissen with this pattern may be part of an unidentified table service; however, few shapes with this decoration, other than plates, are known. Only one ewer and basin, the present model, has been identified. The helmet shape of the ewer was likely based on a metalwork form and was probably intended for display on a buffet as more usually seen with silver presentation displays.

Johann David Kretschmar, the likely decorator of the present set, was born in Wurzen, Germany, in 1697. He was active as a painter at Meissen from 1726 to 1752, where he specialized in underglaze blue decoration and in Imari and Chinese designs copied from or inspired by East Asian prototypes. He sometimes signed his pieces with the letter K in underglaze blue, as on the present piece.

This helmet shape, known variously as a Corinthian helmet or a Baroque helmet, comes from ancient times and has inspired vessel forms since at least the early seventeenth century. Whether it was originally made in metal, ceramic, or another material is unknown. Examples can be found in Dutch Delftware, Italian maiolica, French faience, Chinese and Japanese porcelain, and English and continental European porcelain.