A rare pair of Chelsea vases, each of flattened hexagonal form and finely painted after François Lemoyne (Paris 1688-1737) on the front with mythological scenes depicting respectively ‘Hercules and Omphale’ and ‘Perseus and Andromeda’ reserved within a gilt foliate scroll-edged panel on a claret ground, the reverse decorated in gilt with exotic birds perched in branches or standing amidst shrubbery, and set on either side with gilt-heightened foliate scroll handles issuing gilt foliate sprays.

François Lemoyne is considered one of the major French artists of the early 18th century, whose technique influenced the development of the Rococo style in decorative painting during that period. Born in Paris in 1688, Lemoyne was active from about 1717, when he received his first commission, until his death in 1737. He was known primarily for painting religious and mythological subjects and his pupils included François Boucher. His most important commission for the ceiling of the Salon d’Hercule at Versailles is his best known and most ambitious work, The Apotheosis of Hercules (1733-36), an achievement that earned him his appointment by Louis XV to the coveted position of Premier Peintre. His painting of Hercules and Omphale, 1724, is now in the Louvre. The ceramic painters were probably using engravings by Laurent Cars after the Lemoyne originals. 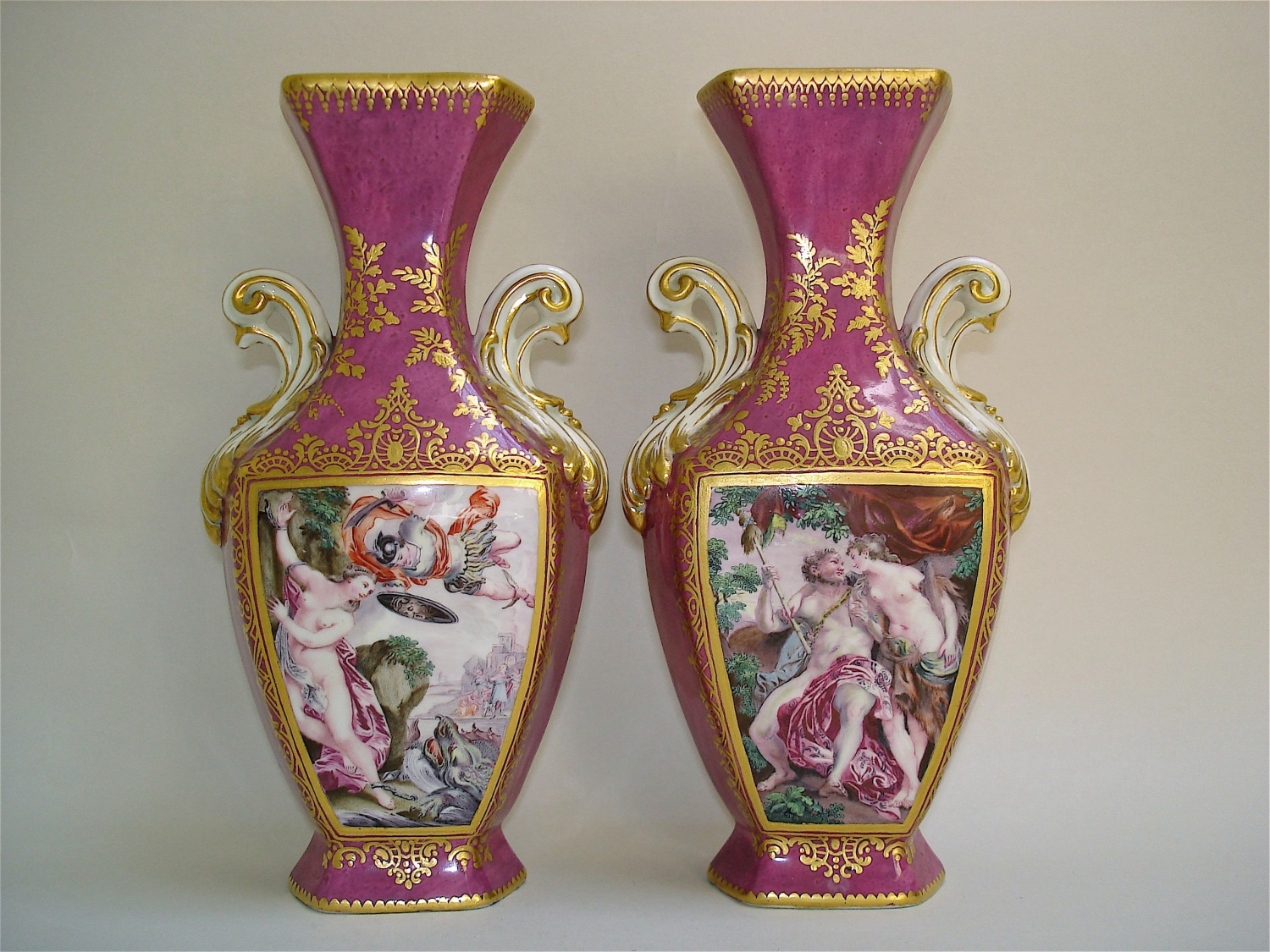 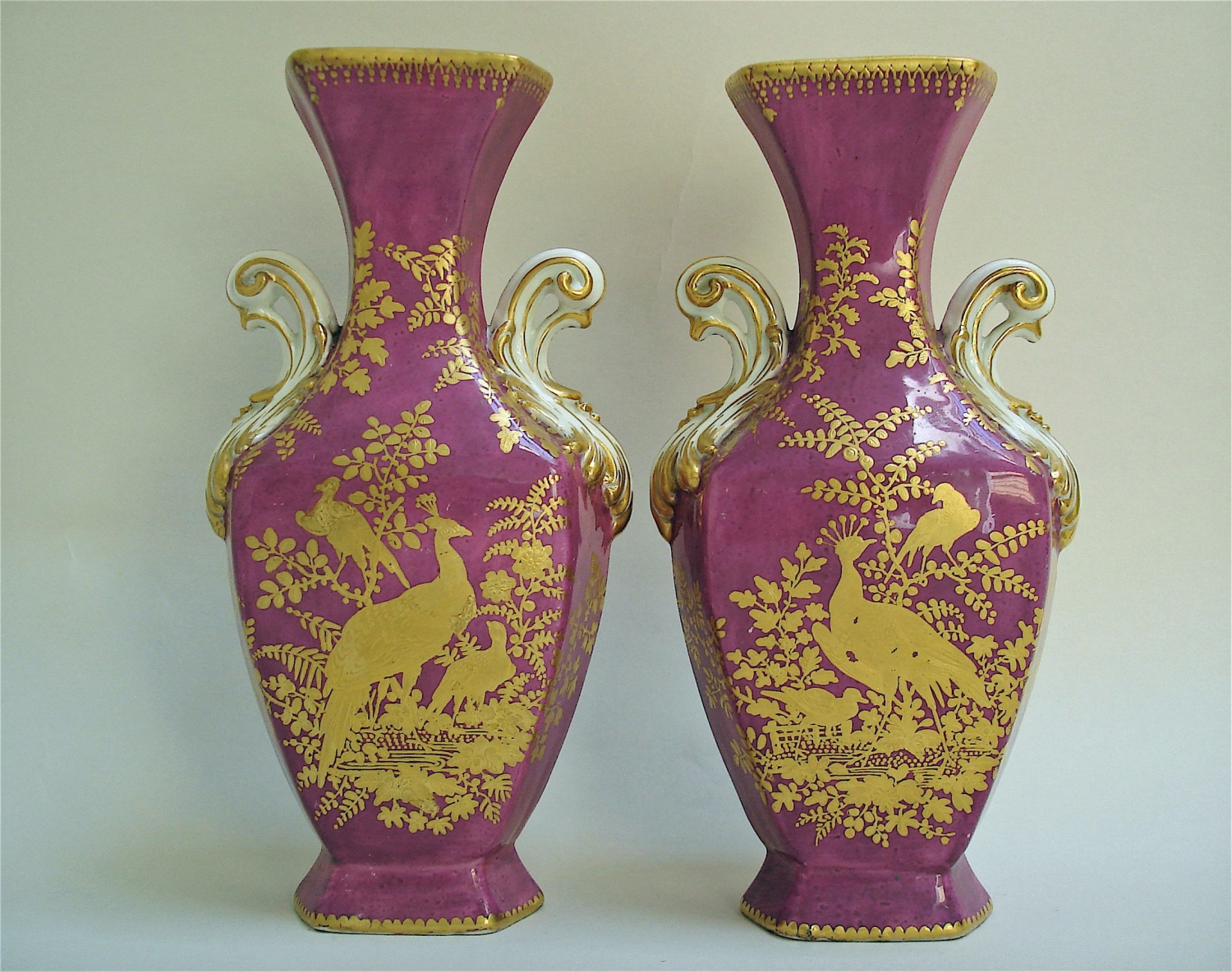