Inspired by paintings and possibly drawings depicting pastoral idylls by François Boucher (1703-1770), the subject of this group is taken from the popular comic opera Les Vendanges de Tempé (“The Tempé Harvest”) by Charles-Simon Favart (1710-1792). First performed to great acclaim in 1745 at the Théâtre Italien in Paris, it was revived in 1752, when Boucher was both set designer and friend of the author. The revival of this fashionable production may have influenced the decision at Vincennes to manufacture a number of sculptural groups capturing key moments in the play. The paintings by Boucher that closely match the Vincennes figure groups are L’agréable leçon (1748) and Pensent-ils au raisins? (1749).

Les mangeurs de raisins and its pendant group, Le flûteur, once formed part of a series of sculpture groups first appearing in the manufactory’s 1752 inventory, simply known as a groupe de Boucher, each valued at 60 livres. Biscuit versions of both groups were recorded at the manufactory the following year. Only three glazed versions of this Vincennes group are known, the other two being in the Belvedere Collection and the Wadsworth Atheneum. Treatment of the modeling varies between the examples, including subtle repositioning of the figures and the composition of the back section with various styles of rockwork and tree stumps.

The first and earliest version is this one, with the basket placed at the back and the scale of the figures slightly smaller, especially noticeable in the heads of the figures. 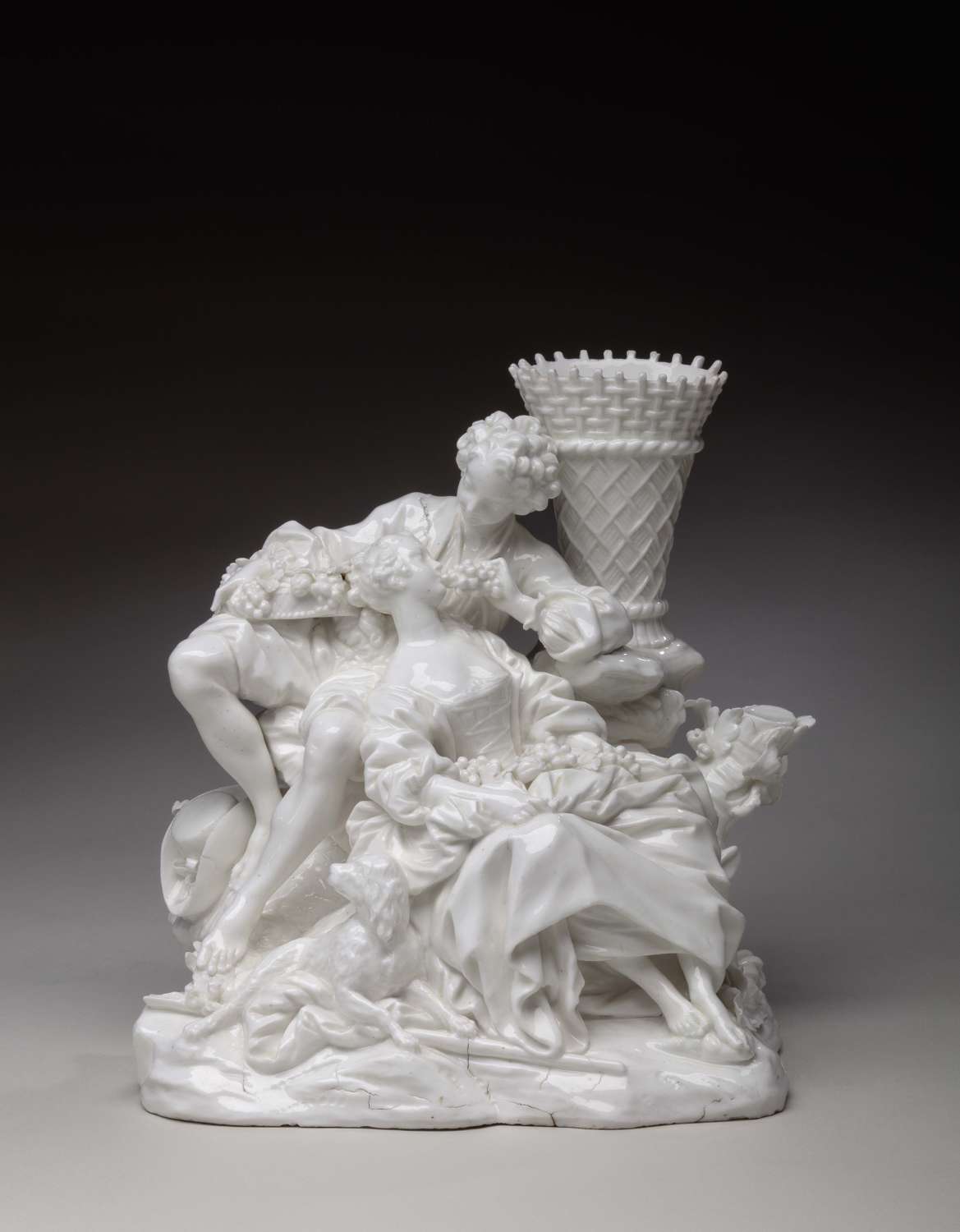 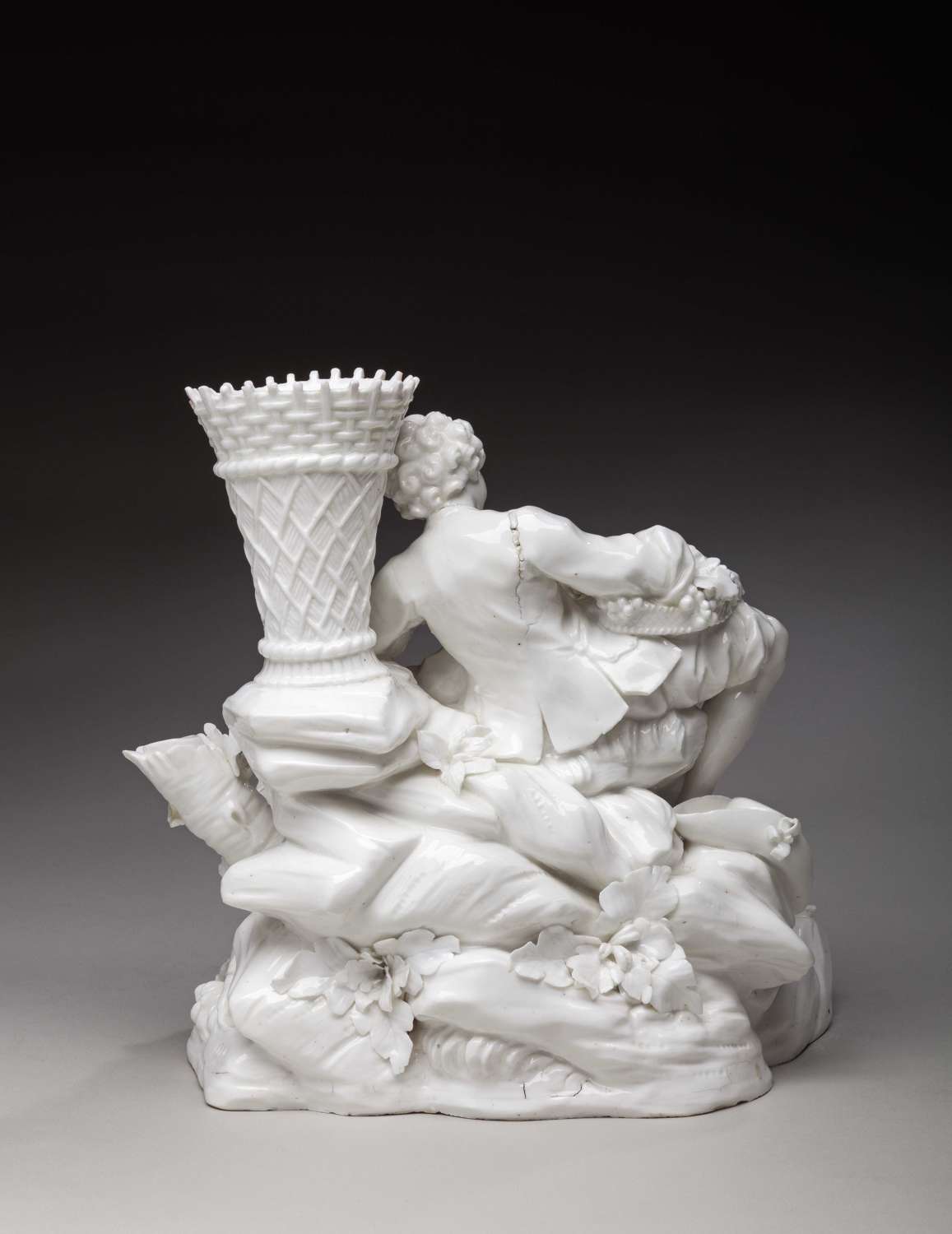